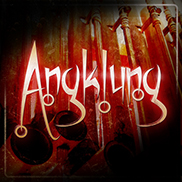 We’ve built our Angklung library with full user control, sound quality and feature depth in mind, while maintaining instant plug-and-play usability that will let you jump right in and truly play this unique instrument!

We welcome you to the Soundiron Angklung. This library is a full-ranged traditional tuned percussion instrument originating from Indonesia, dating back to roughly the 7th Century AD.

Over the past thousand years, it has spread widely throughout Southeast Asia and Polynesia and can be heard in a variety of traditional and modern music, from gamelan orchestras to pop bands and jazz ensembles.

The Angklung is actually best thought of as a set of several individual single-note instruments, each one comprised of a pair of bamboo tubes in a higher/lower octave pair sounded by a loose rattle.

We also recorded natural hand-played sustaining loops at different speeds and intensities, with smooth dynamic cross-fading between layers and adjustable release samples. And finally, we created a set of ambient soundscapes crafted from the raw source recordings that complement the sound of the instrument.

We’ve integrated this library with a newly upgraded version of our celebrated Uberpeggiator meta-arpeggiation system. It allows you to create realistic sustaining angklung rolls with the multi-sample presets that have completely fluid attack, sustain and release behavior, with precise real-time speed/tempo and intensity controls, with optional host tempo-syncing and velocity graphing.

This gives you total control and the ability to weave the instrument into just about any type of music, while preserving a completely life-like simulation of the instrument’s real-world sound and feel. We’ve designed the instrument primarily to use our Uberpeggiator’s EZ-Roll mode, but it sounds just as good in the other Uber modes as well.

Of course, with the Uberpeggiator turned off, it also works as a single-strike wooden mallet tuned bamboo percussion instrument. You also have full control over the tightness and character of the instrument with our host-automatable attack, offset, release, swell and micro-tuning dials.
You can also adjust the ensemble “width” of the instrument to increase or decrease the stereo left-right spread of the individual angklungs relative to one another. We’ve also incorporated our custom convolution reverb room/FX impulse selectors and a 3-band parametric EQ.

We’ve built our Angklung library with full user control, sound quality and feature depth in mind, while maintaining instant plug-and-play usability that will let you jump right in and truly play this unique instrument. Weighing in at 3.5 GB, Angklung features 7 Kontakt presets, over 6700 samples and over 50 custom convolution impulses.

As always there is a range of automatable EQ, Reverb and sound-shaping to expand on the creative possibilities that this library offers.
INFO


The Angklung library features a range of proprietary features, including the latest version of our Uberpeggiator arp system, custom convolution effects, parametric EQ and standard performance shaping parameters. Note attack and sample offset allow you to simply tighten the sound or create pad-like effects. Release timing with extended decay range settings, independent release sample volume and mic position blending (in Hall presets) allow users to really tune the sound of the instrument.
Micro-tuning and width allow you to fine-tune how the angklung sits in a mix with other instruments. The “width” in particular controls the amount of stereo panning based on key position, simulating the natural stereo width of the instrument in an orchestral environment.
ARTICULATIONS
NKI PROGRAM PRESETS
This library is designed for the full retail version of Kontakt 4 or later (Kontakt 5 is also supported). The free Kontakt Player can only run this library in locked demo mode for 15 minutes. It features 7 presets for Kontakt 4/5, with ambiences created from the source material allowing users to experiment with a wide range of soundscapes and FX.
Our custom UI features front panel controls for Swell (volume), Attack, Offset, Release, Release Volume, Micro-Tuning (pitch), width, a Button Bar and more. The button bar gives you access to built-in effect such as EQ, Reverb and Uberpeggiator.
Important Note:
All nki presets in this library are designed for the full retail version of Native Instruments Kontakt 4, 5 and later. The free Kontakt Player can only run this library in locked demo mode for 15 minutes. A full upgrade to Kontakt is required to remove this restriction.
Click Here for more info.
The wav samples in this library are unlocked, so you can import them into any wav-compatible audio program you wish.
System Requirements:
Windows XP / Vista / 7. Intelmac and Mac OS 10.5 or higher. Runs stand-alone or as plug-in via VST, AU, RTAS (Pro Tools 7 & 8). Dual Core PCU, 2 GB System Ram, 7200 RPM 8MB Buffer SATA II hard drive recommended.

When ordering the Download Version you will be able to download the content of "Angklung" directly to your computer: this product contains 3 compressed multi-part rar files. To extract these multi-part rar files use a compatible extraction utility like Winrar (PC) or Rar Expander (Mac) to extract the .rar files for this library. Please make sure that all rar parts are fully downloaded before attempting extraction. - Use the rar utility to extract the first part of the library download file(s) to the location on your hard drive that you would like the library installed. All rar parts should automatically self-extract to that location and join together into a single directory for the library.